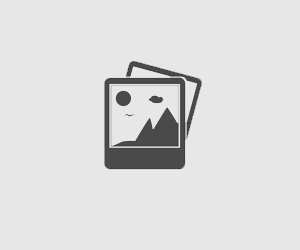 Early life
Rada Krivokapic-Radonjic is originally from Kotor, Montenegro. She was born on 8 September 1974. Her parents are father Đuro Krivokapić and mother Vidosava Kaluđerović. She also has an older brother named Radoslav Krivokapić.

Her brother is a sailor, her mother a health care worker/nurse at Kotor General Hospital, and her father a factory worker. Furthermore, she holds the nationality of a Montenegrin and her ethnicity is unknown. As of 2019, Rada Krivokapic-Radonjic is 45 years old.

Education
Talking about her educational background, she passed her Master’s level in 2018. The program was funded by the German Government and was also designed according to the German education system. She had enrolled in Law, Professional, and Occupational Pedagogy, Trade, and Economy.

Earlier, she completed her elementary education from a school named “Njegoš” located in Kotor. In the school, some of her note-worthy teachers were Veljko Roganovic and Jasmina Rešetar. Furthermore, she graduated from a high-school in Kotor, specializing in chemistry.


Furthermore, she also did her internship in the laboratory of Kotor General Hospital with her classmate Radmila Bogdanovic. After that, she joined the School of Fashion and Specialization for Fashion Designer and Stylist. She graduated from this school of fashion from Belgrade in 1996, which was under the Paris system in collaboration with the Academy of Fine Arts.

For her fashion school, she did an internship under Giorgio Armani Milan in 1997. Working for one of the world’s most famous fashion creators, she got the opportunity to meet the best fashion creators to advance her knowledge base. Furthermore, she also interned with designer Ljiljana Kovač. Likewise, she completed her Ph.D. in Fashion Design in Belgrade in 1998.

Professional Life and Career
Talking about her professional life, she is famous as a designer and a stylist. She is the founder of Rada Radonjic, a luxury clothing brand. It was established in 2005 in the city of Kotor, Montenegro.

In 2006, she designed the collection “Ostvarene Rijeci” that translates to “Realized words”. The collection was inspired by her deceased father. Moreover, she collaborated with model Filip Kapisoda in 2010 and had a number of fashion shows in 2018.

Furthermore, she also organized several fashion shows in the city of Yugoslavia. The show is named “Ispocetka” that translates to “Start Over”. The international press acknowledged her influence in the fashion industry after this series of shows.

Moreover, Rada also designed a new item of clothing for men called “Kovilm”. She designed it for the 2019 fashion show called “Svijet Bez Sukoba” that translates to “The World Without Clashes”. Kovilm is a garment worn by men around the neck, which symbolizes the transformation from tie and bow-tie.


Additionally, Rada has also written the books “Dressing” and “Tailoring and sewing”. Her books are related to the issues in the fashion and clothing world, which is influential for aspiring models, designers, and stylists.

She is mostly based in her hometown Kotor. However, she also has her professional links in Podgorica, the capital of Montenegro.

Awards and Net Worth
Rada Krivokapic-Radonjic has won several awards for her humanitarian contributions and assistance. She has also received Humanitarian Contribution Awards.

Despite her success and popularity in the fashion industry, we do not have exact information regarding her salary, income, and net worth.

Personal Life
Reflecting on her personal life, Rada Krivokapic-Radonjic is divorced as of 2020. She gave birth to four children Nedjeljko (1999), Valentine (2001), Teodora (2013), and Nebojša (2007). Furthermore, she maintains a good professional and personal life, free of scandals and controversies.

Body Measurements
Rada is an elegant lady. She has black colored hair and dark brown eyes. Moreover, she is 169 cm (5 feet 5 in) tall in height and her weight is around 59kgs

How do you rate this company?

Are you the owner of this company? If so, do not lose the opportunity to update your company's profile, add products, offers and higher position in search engines.

Manage this company's site
Request delete
A similiar page for your business? Make sure everyone can find you and your offer. Create your dedicated company page on Yoys - it's simply and easy!
Add your company
Sign in
OR
Login with Facebook
Login with Google
Login with Linkedin

Important: This site uses cookies.
As part of our site, we use cookies to provide you with the highest level of service, including tailor-made solutions. Using the site without changing cookies settings means that they will be posted on your end device. You can change cookies settings at any time. More details in our "Cookies Policy".